Posted by Employer Flexible on September 1, 2021

The U.S. economy continued its strong recovery with an Aug. 6 report that showed almost one million jobs added in July and unemployment falling to 5.4 percent, but inflation fears linger for businesses who face the prospect of rising wages.

U.S. inflation rates, as calculated by the Consumer Price Index (CPI) published monthly by the Bureau of Labor Statistics (BLS), have risen for five straight months, hitting 5.4 percent in June, the highest levels recorded since the summer of 2008.

Prior to the COVID-19 pandemic the U.S. had five stable years of inflation with no rates above 2.9 percent, or below 0.8 percent, and a monthly mean average of 1.9 percent. Since April, the U.S. inflation rate has been more than double the Federal Reserve’s healthy inflation target rate of 2.0 percent.

“We saw in April that inflation basically exceeded the Fed’s 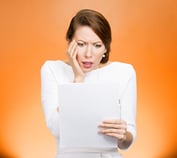 target,” said Richie Tuazon, portfolio manager for American Funds Inflation Linked Bond Fund. “But this is not due to a virtuous labor demand-driven inflation cycle. It is due to the reopening of the economy and supply bottlenecks, which are more temporary. While we should continue to see inflation volatility, and I am watching inflation very closely, I expect it to subside by the end of next year.”

U.S. Treasury Secretary Janet Yellin said on Aug. 4, 2021, that she hoped inflation rates would come down even sooner, by the end of the year.

“Even if monthly (inflation) rates come down, we’ll see somewhat elevated year-over-year rates for some time. But my expectation is that by the end of the year, monthly rates will come down to a pace consistent with the Fed’s interpretation of price stability,” Yellen said.

Since it has been more than a decade since inflation was in the news, a quick primer is probably in order.

According to The Balance, “the inflation rate is an important economic indicator because it tells you how quickly prices are changing.”

The U.S. inflation rate is typically measured by the year-over-year changes in the CPI. The core inflation rate excludes the impact of volatile oil and food prices.

Another indicator used to track inflation used by the Federal Reserve is the Personal Consumption Expenditures (PCE) report.

The good news is that hyperinflation, which is usually set at 50 percent and above per month, has never occurred in the United States.

While the United States has never hit hyperinflation, the country had high inflation rates starting during World War I, with 20.4 percent in June 1917 and hitting an all-time high of 23.7 percent in June 1920.

Looking at historical inflation rates from 1914 to 1921 here are some U.S. inflation trends:

The U.S. has had 10 years when inflation averaged double digits:

In the last 40 years, there have only been 6 years when inflation averaged over 4.0 percent – with it last happening 30 years ago:

Since 2000, there have only been 5 years when inflation average over 3.0 percent – with it last happening a decade ago:

When inflation rates push up prices, workers need increased wages to keep up with the economy.

In June, for example, average hourly wages in the U.S. jumped 3.6 percent to $30.40, according to CNBC, but when faced with 5.4 percent inflation for the month the result was akin to a “pay cut” for the average worker.

“Despite wage increases, CNBC reported that the date from the Bureau of Labor Statistics show that “real wages” – wages adjusted for inflation or wages in terms of the number of goods and services can be bought – fell by almost 2 percent last month compared to 2020,” wrote Joseph Nesbit for AOL Finance.

“On one level, that mitigates things: From the perspective of the median worker, so long as wages are keeping pace with rising prices, inflation isn’t much of a problem,” said Eric Levitz of the Daily Intelligencer. “On the other hand, it is possible that rising wages could result in rising prices.”

Keeping an eye on inflation and rising wage demands is important for Texas business owners with employee recruitment and retention heightened in a tough labor market.

Some are calling it a “war for talent” with some businesses offering incentive bonuses and freebies offered just for showing up for interviews.

“Employers right now are frantically trying to make sure they can take advantage of the opening up of the economy and salvage what has been an impossible last 15 months for them,” said Lisa Lynch, former chief economist for the U.S. Department of Labor. “It’s hard to do that if you don’t have all your workers in place.”

Texas businesses will want to keep their compensation packages aligned with rising expectations to attract and keep top talent.

Contact Employer Flexible today to find out how our strategic HR planning, including compensation analysis, can help your business succeed.