Do You Have the Leadership Traits to Move Beyond Middle Management?

There are a multitude of competent employees in managerial roles in today’s business world but only a select few seemingly have the leadership traits that can propel them to the next level in their careers.

Employees would rather follow a leader than a manager with a recent Cornell University-led study finding that “leaders” tend to be valued – and loved – more than “managers”.

“The fact is, employees want to work for people they consider leaders, and the data bears that out,” writes Brian O’Connell in the Society for Human Resource Management article, “What Traits Separate a Leader from a Manager?”.

Some of that data comes from the study, “On Leading and Managing: Synonyms or Separate (and Unequal)?”, which was published in the Academy of Management Discoveries on Dec. 31, 2020, and was authored by Cornell’s Kevin Kniffin, assistant professor in the Charles H. Dyson School of Applied Economics and Management.

What is in a Word: Leader vs. Manager

The research authors point out that how we view leaders vs. managers has changed since the 1970s both from inside organizations and from the media and scholarship perspective.

“The word ‘leadership’ gets thrown around so much these days,” he said, “that you need to wonder what people mean by the word,” Kniffin told the Cornell Chronicle.

Examples to illustrate the trend found by the researchers included:

Words associated with leaders were the ability to:

Words associated with managers were the ability to:

Doing a good job as a manager does not always develop leadership traits.

O’Connell says it could be the inability to:

Sometimes, the traits and skills that make a good manager, detract from developing leadership abilities.

Managers are assigned the important task of making sure the workflow is productive in their team or division. They need to monitor, control and review procedures so that their segment of the company operates effectively.

“Making the jump from manager to leader requires a conscious shift away from handling tactical items and toward a focus on making strategic decisions,” Ryan Denehy, CEO at Electric, a New York City-based IT support service firm, told the SHRM.

Steps to Breaking Through to Leadership

Perhaps the first step to breaking out of management and into a leadership role is to consciously acknowledge the current role you play in your company.

“We must truthfully assess ourselves first, get feedback from the team, peers, and management,” Karen Oakey, director of HR at Fracture, a Florida e-commerce firm told SHRM.

Other steps you can take to develop from a managerial role to leadership:

Empathy: Leaders that can tap into empathy and show 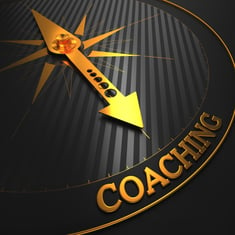 compassion to others often inspire and encourage others to follow them. As a manager, put yourself in the position of your direct reports, trying to understand what key issues are impacting their professional and personal lives.

Feedback: You can not be afraid of honest feedback, and must seek it out from, not only within your team, but from other avenues within your company.

Mentorship: Just because you are the “boss” and managing people, means you can stop seeking out mentorship for your career. Focus on those who can help you with leadership skills.

Accountability: Things do not always go as planned, but how you react may show your potential for leadership. If you tend to deflect criticism or accountability when something goes awry, maybe blaming others or forces beyond your control, then you may be stuck in the managerial mindset as leaders often have the fortitude to accept responsibility.

There is often a lot of crossover between sports and business, especially when it comes to leadership skills.

Kafka found that the four leadership traits successful CEOs and quarterbacks possess are:

Ignite a Team to Victory: CEOs and quarterbacks with leadership traits both can ignite an entire team or organization to victory. While a quarterback can get everybody pulling in the same direction from the equipment manager to the offensive linemen, a good CEO can inspire all levels of their company to work towards a common goal.

Know How to Manage Time: Great quarterbacks know how to effortlessly manage the game clock and great CEOs know how to manage their days and time to achieve maximum output.

Understand the Competition: A great quarterback prepares for gameday by understanding that week’s opponent and a great CEO can understand the market and industry they operate in and how best to triumph over the competition.

Trust Their Decision-Making Ability: CEOs and NFL quarterbacks both must make many decisions, during gameday and during the workday, and great ones are decisive and able to trust their instinct to make swift decisions.

Contact Employer Flexible today to find out how we can help manage your HR needs which will allow you to focus on other impacts of your business.