Posted by Employer Flexible on November 5, 2020

2020 has certainly been a year of upheaval for business owners, but there is some status quo, especially when it comes to Texas labor laws where there are no new significant changes planned on the state level for 2021.

That means the major components we highlighted for labor laws for Texas in 2020 will still hold true next year, including a minimum wage of $7.25 hour, and compliance by businesses with the Texas Payday Law, which requires exempt employees be paid at least once a month and non-exempt employees receive a minimum of two paychecks per month.

Texas, however, leaves a lot of the workplace rulemaking to the federal government with no state laws that apply to such labor issues as meals and breaks, overtime or severance pay, and vacation, holiday, and sick leave benefits.

And it is on the federal level where Texas businesses could see changes in 2021 labor laws, including a proposed new independent contractor rule that was introduced last month and is being fast-tracked for final approval in January 2021. 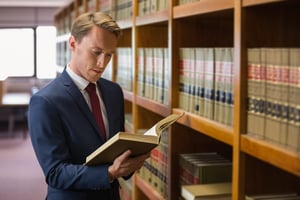 proposed new rule that will help clarify the definition between an employee and independent contractor under the Fair Labor Standards Act (FLSA).

“The Department’s proposal aims to bring clarity and consistency to the determination of who’s an independent contractor under the Fair Labor Standards Act,” said Secretary of Labor Eugene Scalia in a press release. “Once finalized, it will make it easier to identify employees covered by the Act, while respecting the decision other workers make to pursue the freedom and entrepreneurialism associated with being an independent contractor.”

The National Law Review reported that the rulemaking was being fast-tracked for final regulations by January 2021 and that, “the rule change would significantly relax the parameters for defining independence.”

“The rule we proposed today continues our work to simplify the compliance landscape for businesses and to improve conditions for workers,” said Department of Labor Wage and Hour Division Administrator Cheryl Stanton. “The Department believes that streamlining and clarifying the test to identify independent contractors will reduce worker misclassification, reduce litigation, increase efficiency, and increase job satisfaction and flexibility.”

The federal government rule proposes a new relaxed test to determine the status of an independent contractor, based on the following key components:

Contact Employer Flexible today for help in identifying applicable Texas labor laws that affect your business or if you need any assistance managing your company's HR.